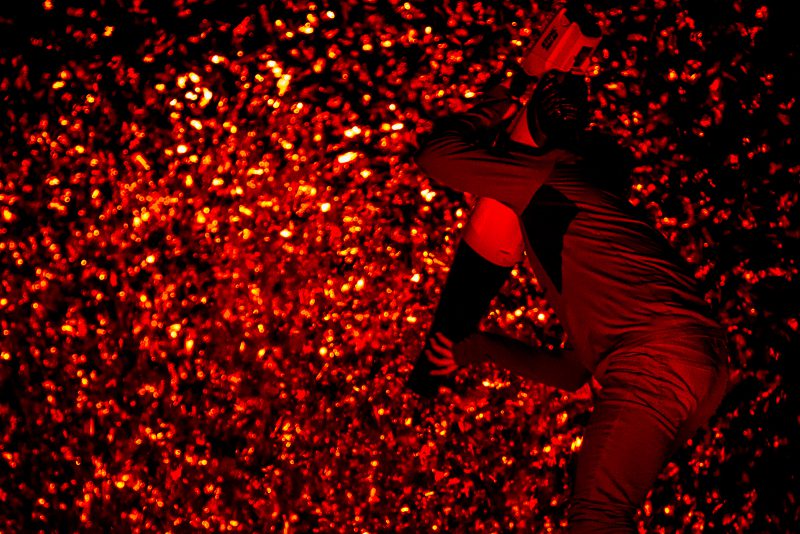 In The Artificial Nature Project a new encounter between human and non- human performers emerges from the following questions:

What does it mean to make a choreography for materials where human movement is no longer in the center of attention?

How can one address the force of things, materials, objects and matters as something that acts upon humans?

What is the relationship between the animate and the inanimate world?

The outcome is a performance that literally throws things around. Materials fly through the air giving rise to a landscape that constantly transforms itself. Throughout the performance the view is persistently changing: a calm contemplative site may turn into an energetic chaos of stuff being projected into space. Or, a flood wave becomes a storm of confetti whirling through the air, rushing over the stage. The theater stage gets covered with and traversed by various objects and raw materials, creating a disastrous mess of small, thick, light, big, heavy, thin, breakable and resistant things. The materials are set into motion by dancers, composing a body that is no longer made of human flesh but rather of a floating, flying mass. The emerging choreography is partly performed by human, partly by non-human performers set in motion. The movement mutates the appearance and perception of these materials in many forms: from an abstract sculpture, a swarm of animals, to a sandstorm overwhelming the humans who get stuck inside it. One image is replaced by another, rapidly altering our perception of a glittering landscape.

Premiered in 2012 at PACT Zollverein, Essen

There’s no end to the rich visual content that Ingvartsen is able to morph from very little. Hers is the skill of being able to harness the properties of simple materials and transform them into a theatrical spectacle. Josephine Leask (London Dance)

One thing Ingvartsen always delivers in her productions: the apparently soulless, lifeless object becomes a surprising world of experience that tickles our perception and habits of seeing.
Annett Jaensch (Tanzpresse.de)

The Artificial Nature Project is the last in this series of five works where Mette Ingvartsen stages perceptions and sensations of nature. The interest in fictionalizing and choreographing natural phenomena started in 2009 with evaporated landscapes, a performance installation devoid of human presence where the act of performing itself was given over to materials like bubbles, foam, fog, sounds and light. In 2010 and 2011 The Extra Sensorial Garden and The Light Forest followed. In the latter spectators were invited to wander through a dark forest following LED lights that had been installed in trees as a way of dramatizing and fictionalizing the natural landscape and environment. In 2011 the interests in non-human agency developed further through Speculations; a discursive practice performance using language to conceptually prefigure The Artificial Nature Project that concluded the series in 2012.

This project has been funded with support from the European Comission

With the support of Mokum 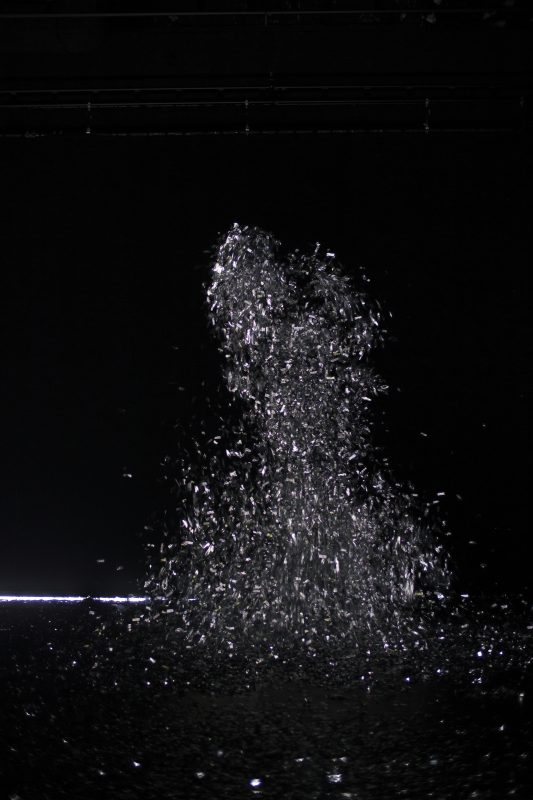 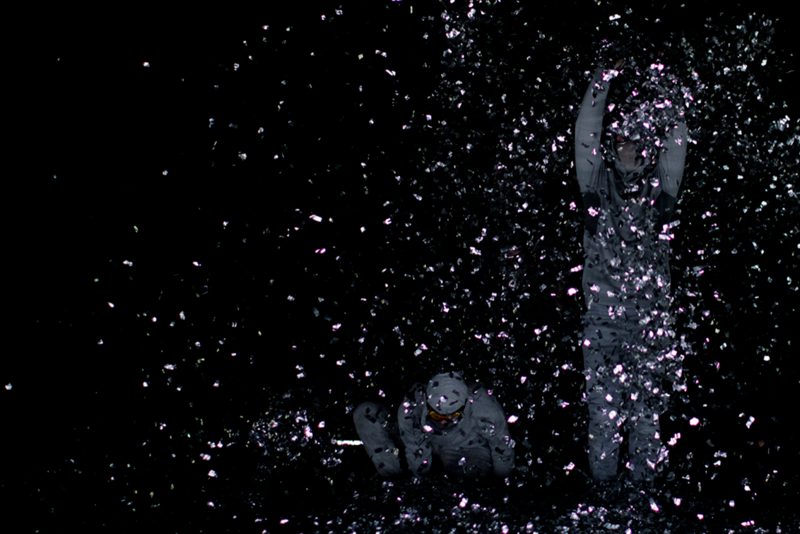