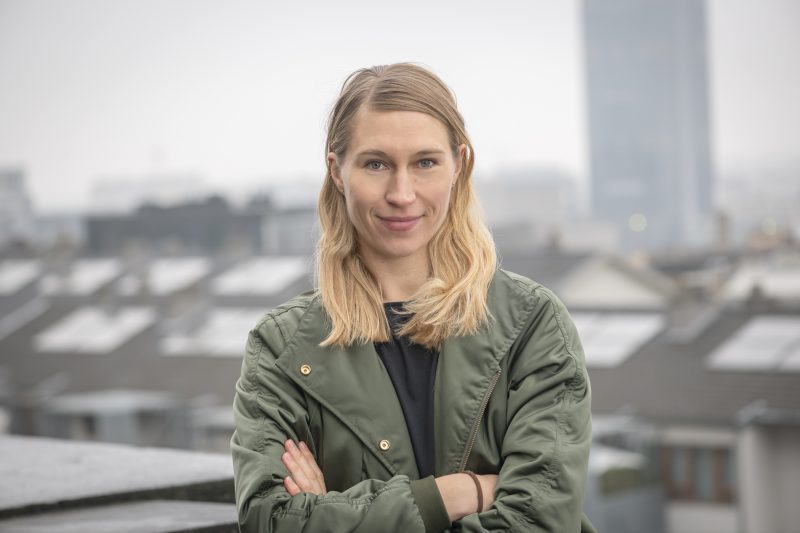 Mette Ingvartsen is a Danish choreographer and dancer. From 1999 she studied in Amsterdam and Brussels where she in 2004 graduated from the performing arts school P.A.R.T.S. Her first performance Manual Focus (2003) was made while she was still studying. Her early pieces comprise among others of 50/50 (2004), to come (2005), It’s in The Air (2008) and GIANT CITY (2009) – performances questioning affect, perception and sensation in relation to bodily representation. Her work is characterized by hybridity and engages in extending choreographic practices by combining dance and movement with other domains such as visual art, technology, language and theory.

An important strand of her work was developed between 2009 and 2012 with The Artificial Nature Series, where she focused on reconfiguring relations between human and non-human agency through choreography. The series includes three performances devoid of human presence: evaporated landscapes (2009), The Extra Sensorial Garden (2011) The Light Forest (2010) and two in which the human figure was reintroduced: Speculations (2011) and the group work The Artificial Nature Project (2012).

By contrast her latest series, The Red Pieces: 69 positions (2014), 7 Pleasures (2015), to come (extended) and 21 pornographies (2017) inscribes itself into a history of human performance with a focus on nudity, sexuality and how the body historically has been a site for political struggles.

In 2019, she premiered Moving in Concert, an abstract group choreography, that focuses on the interlacing between humans, technological tools and natural materials.

For 2021 Mette Ingvartsen is also preparing two new projects: The Life Work, an in situ project with elderly people in the Ruhr region in Germany which addresses migration issues. And a new solo, The Dancing Public, inspired by a fascination for dancing manias throughout history.

Ingvartsen established her company in 2003 and her work has since then been shown throughout Europe, as well as in the U.S, Canada, Australia and Asia. She has been artist-in-residence at Kaaitheater in Brussels (2012-2016), Volksbühne in Berlin, and associated to the APAP network.

She holds a PhD in choreography from UNIARTS / Lunds University in Sweden.

Besides making, performing, writing and lecturing, her practice also includes teaching and sharing research through workshops with students at universities and art schools. She has collaborated and performed with Xavier Le Roy, Bojana Cvejic, Jan Ritsema and Boris Charmatz, as well as invested in collective research projects such as the artist platform EVERYBODYS (2005-2010) for which she co-edited everybodys publications, but also the educational project Six Months, One Location (2008) and the performative conference The Permeable Stage.