Premiere in 2017 at PACT Zollverein, Essen

21 pornographies is part of The Red Pieces, an ongoing series of performances in which Mette Ingvartsen explores relationships between sexuality and the public sphere. In it she investigates naked and sexualized bodies and their influence on societal structures. The series momentarily also comprises 69 positions, 7 Pleasures, to come (extended) and the performative conference The Permeable Stage in which a number of artists and theorist were invited to reflect upon, perform and discuss the politics of sexuality and how it travels across borders between public and private space. 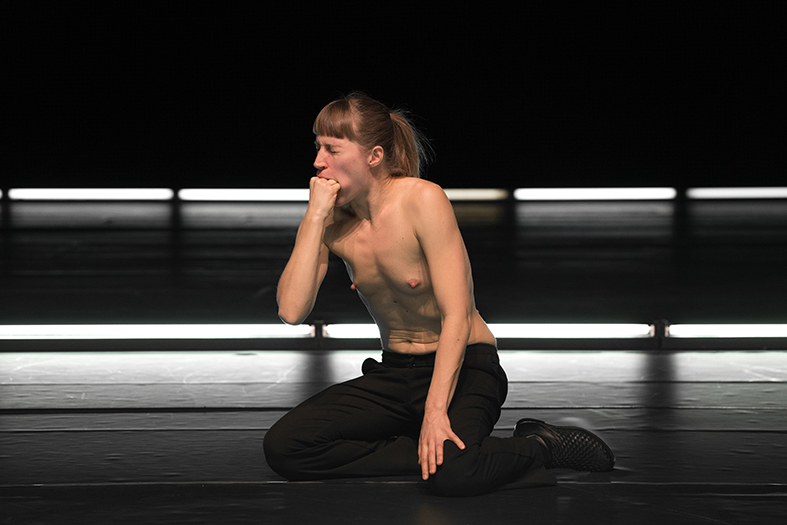